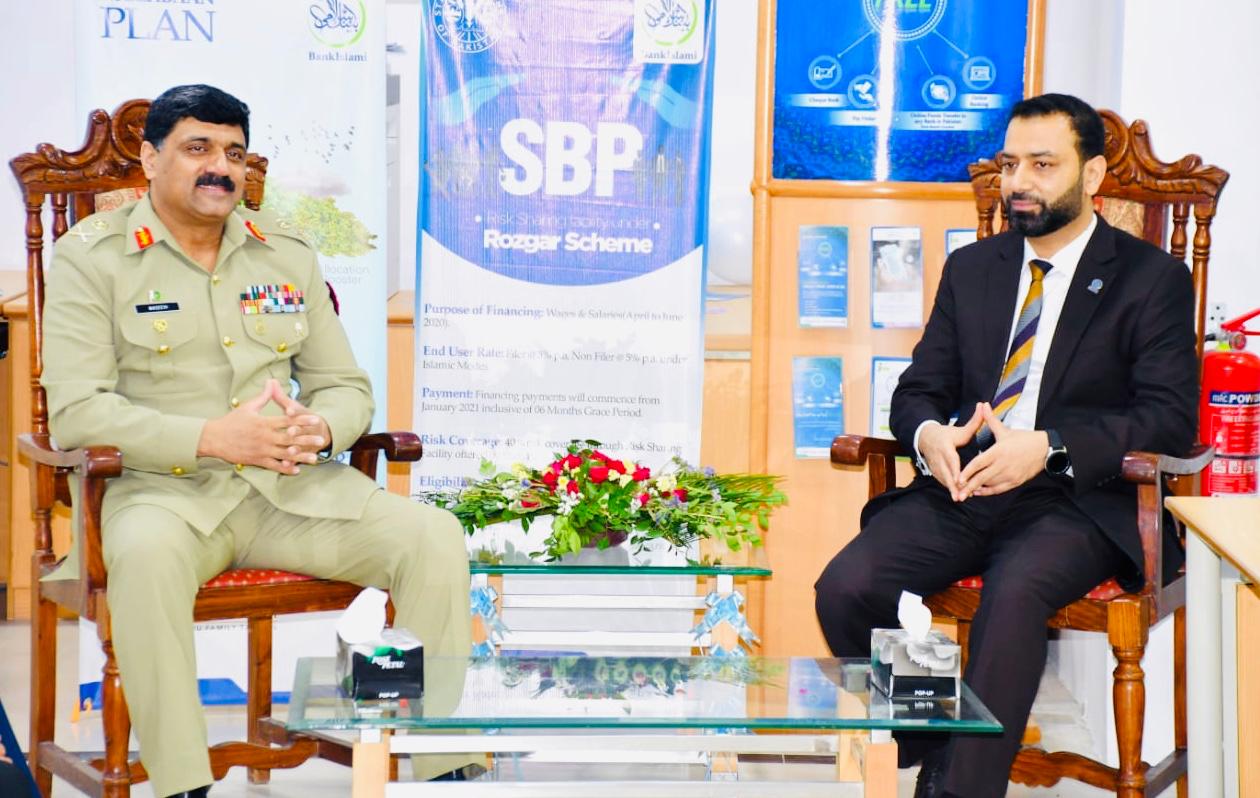 BankIslami has inaugurated a new branch in Quetta Cantt. Lt. Gen Muhammad Waseem Ashraf, HI(M) Commander Southern Command grace the ceremony with his valuable presence. He was accompanied by President & CEO BankIslami, Syed Amir Ali and General Manager South West Burhan Hafeez Khan along with other representatives from Bank Islami. The new location is another addition to a network of 330+ branches that the financial institution operates throughout the country.

BankIslami is the country’s first scheduled Islamic Bank which offers a diverse range of solutions for deposit and credit related to the needs of customers. The opening of a new branch in Quetta Cantt makes Islamic financial services more accessible and convenient to residents of the city. BankIslami is working towards the goal of creating a robust banking network which can aid in improving the financial inclusion ratios across Pakistan.

Speaking at the occasion, President & CEO BankIslami, Syed Amir Ali emphasized; “Quetta is the provincial capital of Balochistan, a province which is rapidly gaining importance as an integral part in handling a bulk of investment that Pakistan is receiving from external as well as internal investors. BankIslami’s presence in the city is in line with our objective to bring modernized and technologically advanced Islamic banking closer to customers as well as a host of other stakeholders who are driving the country’s economy forward.”

The new branch in Quetta Cantt is a value-added venture to the existing branches in the city. BankIslami also has opened a new branch in Sanjavi this year which caters to another area of Balochistan. Alongside the newly inaugurated one, these branches will enable greater flexibility to the customers when it comes to financial transactions as well as availing a variety of other services with the Bank.

NOTES TO THE EDITOR

About BankIslami: With a network of more than 330 branches in over 114 cities nationwide, BankIslami Pakistan Ltd. was the first Islamic commercial bank to receive the Islamic banking license under the Islamic banking policy of 2003 from State Bank of Pakistan on March 31, 2005. The Bank started its operations from 7 April 2006 and offers Shariah compliant retail banking, investment banking, consumer banking, and trade finance products. For more information, please visit: https://bankislami.com.pk/