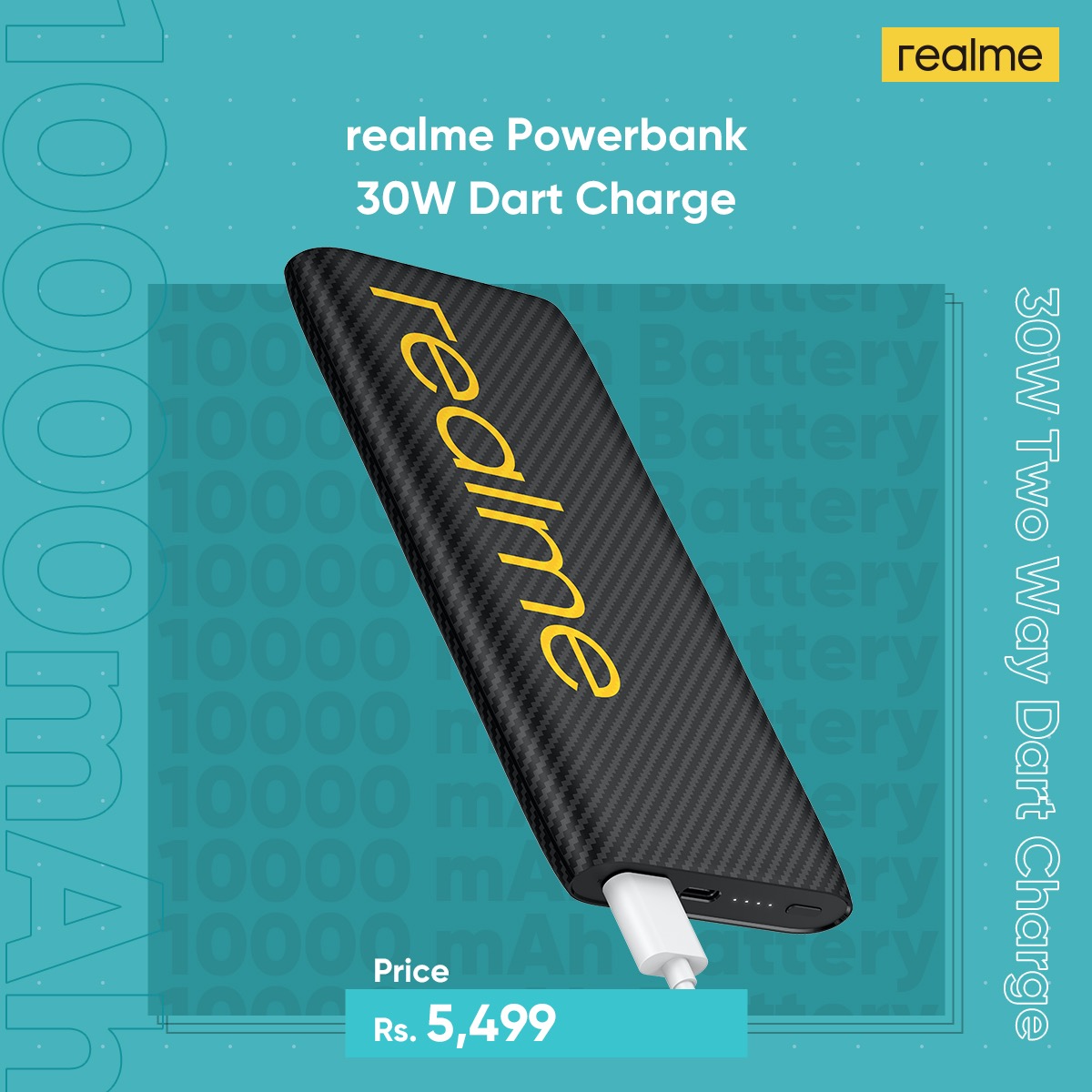 realme has finally launched the most affordable realme C17 with 6 GB + 128 GB large storage & 90Hz ultra smooth punch hole display at an amazing price point of Rs. 31999. To delight the growing community of fans realme is giving away three realme C17 during the live launch event Q&A on their Facebook & YouTube channel, not only that realme is having Flash Sale of realme C17 on Telemart today 7 PM – 8 PM for just Rs. 30,999 only. realme is bringing new trendsetting smartphones & AIoT devices almost every month to the Pakistan market, With the huge range of devices it has launched and its competitive prices. Within its catalog realme C series has been most affordable with high specs realme C17.

“Top” is the display of realme C17, the first model with a 90Hz Ultra Smooth punch-hole display of realme C series. Now the selfie camera is located in the left upper corner of the display instead of the dewdrop in the top frame. The change significantly improves the immerse visual experience by increasing screen-to-body ratio from 88.7% to 90%. which is every close to some high-end models. Next is 90Hz High refresh rate. The refresh rate is closely connected with the user experience. The experience of both operating system and game play is greatly improved and becomes much smoother with a higher refresh rate. The 90Hz refresh rate screen can display frames which are one and a half higher than traditional 60Hz screen making the visual experience or the touch response much better than 90% of the traditional smartphones. The refresh rate can also automatically between 90Hz and 60Hz to balance smooth experience and battery life.

Equipped with the largest 6GB RAM and 128GB ROM in C series. To be honest, RAM and ROM are more important than the processor in daily use for normal users. It can assure a smoother and more responsive experience than other competitors. realme C17 can not only support ultra-fast fingerprint unlocking in seconds but also support facial recognition, which can be easily unlocked with a single click or glance, convenient to unlock and safe for your privacy at the same time.

The phone is equipped with a 5,000 mAh battery that promises up to 34 days of standby time, The battery will support 18W fast charging via USB-C. As the flagship of C series, C17 definitely has the most powerful performance powered by Snapdragon 460 professor. The antutu benchmark of C17 reaches more than 150000. In its rear area, it will have a quad-camera setup. The configuration will consist of a 13-megapixel primary sensor (f/1.8 aperture), an 8-megapixel (119°) ultra-wide-angle lens, a 2-megapixel macro sensor (4-cm focal length), and a 2-megapixel monochrome lens. The front camera of the device will be 8 megapixels. It will also be compatible with beauty and portrait modes assisted by AI. The realme C17 will run the Android 10 operating system under the realme UI layer.  It will be available in a couple of colors: Navy Blue and Lake Green.

realme also announced new wired earphones called realme Buds Classic. The headset gets a half in-ear design with a round shape that comfortably fits into the ear canal. It has an in-line microphone for calling as well as a built-in single-button remote to control music playback and incoming calls.

realme Buds Classic will retail at Rs1,199 in the country. It will be up for flash sale on Telemart along with C17 for Rs, 999 only.  Two colour variants namely, Black and White

The realme Buds Classic features a 14.22 driver, which the company says will help in delivering clearer vocals and deeper bass. Its built-in cable organiser will enable you to store and carry the earphones with ease.  With its special strap and tangle-free design, you can store these earphones easily. Its TPU material is said to be durable and reliable for daily use.  It has a built-in HD microphone that is touted to deliver clear call quality and a single button to allow you to control music, movies and calls conveniently.

The realme 10000mAh Power Bank 2 is priced at Rs. 5,499  Also offered on Flash Sale today on Telemart along with C17 for Rs, 4,199 only. Available in two colour options namely, Black and Yellow.

realme 10000mAh Power Bank 2 comes with support for 18W two-way quick charging with dual output ports, a USB Type-A and a USB Type-C. It packs a 10,000mAh high density Lithium-polymer battery that the company claims, ensures less capacity loss even after many charging cycles. The realme 10000mAh Power Bank 2 comes with thirteen layers of circuit protection that improves safety when charging at high speeds. The power bank is compatible with USB-PD as well as Qualcomm’s QC 4.0. It can itself be fast charged as well.

realme is a technology brand that provides superior quality and trendsetting smartphones and AIoT products to the global market. realme users are young, ambitious, and globally-minded. realme products empower young people to ‘Dare to Leap’ using the latest in technology and design.