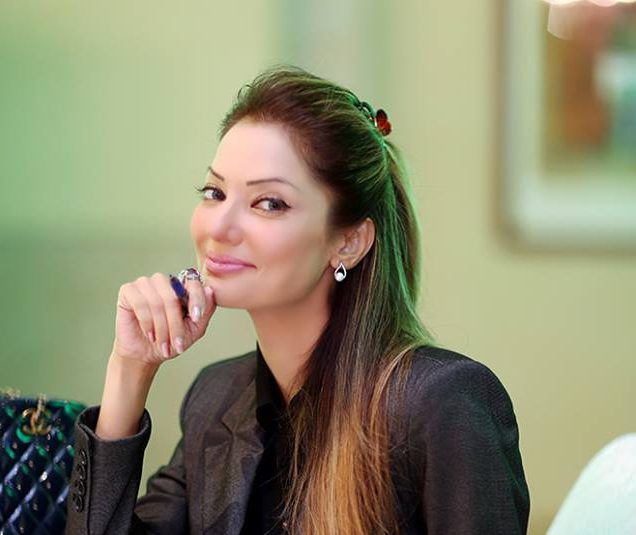 Natasha Hussain is supermodelel and style diva of Pakistan fashion industry who ruled the fashion world for almost three decades
Rohail Amjad: You were in the limelight early in your career for acting. But why haven’t you done any films recently after the rejuvenation of Pakistani Cinema?
Natasha Hussain: I left acting because my 2 girls were growing up and I needed to give them time so by the time the film industry rejuvenated it was too late for me to enter films as new people should be given a chance
Rohail Amjad:  You have also been a VJ but now a day you mostly host Corporate events and premieres. No Plans to go back on the TV?
Natasha Hussain: Tv is very close to my heart as I started my career as a vj on tv and with a drama serial called fishaar on ptv so I’m just giving tv a break and very soon will be coming up with new shows on tv IA
Rohail Amjad: You’re quite an age, your daughter got married recently, what is the secret to your fitness?
Natasha Hussain: My daughter did not get married it was just a bridal campaign with Shahzad raza of Ather Shahzad and my fitness lies in a lot of exercise and my logo is “EAT EVERYTHING NOT EVERYDAY “
Rohail Amjad:  Most people think it’s the only the people with God gifted figures who can pursue modeling as a profession? Is it really so or anyone can be a model?
Natasha Hussain:Well GOD gifted people are lucky but personally I feel not everyone can model as u need to have a lot of determination n dedication to work on urself , on ur diet, on the way u speak , conduct and carry urself
Rohail Amjad: One of the leading Model sometimes ago said “Pakistani society see models as escort”. Do you really believe this is what the society thinks or it’s unlike this?
Natasha Hussain: Times have changed as now models are from great families and they don’t do things like that as they are now quite literate
Rohail Amjad: Once in an interview with one of the magazines you said models at your time had “ No Nakhra”  and that was the reason behind their success. What has happened now?
Natasha Hussain: Models from my time were very professional with no nakhra but now everyone things they’ve become supermodels overnight and that’s not how success happens
Rohail Amjad: Who is your favorite designer?
Natasha Hussain: Faraz Manan as his work is original
Rohail Amjad: You’ve been a successful model and event presenter. What’s your message to the people following you
Natasha Hussain: My message to people is that everyone has dreams so LIVE AND LET LIVE.
Rohail Amjad: thank you so much  Natty  for giving me time.. Really enjoyed talking to you.Hoping to meet you soon .stay blessed and ever young Allah Hafiz
Share
Facebook Twitter Pinterest Linkedin