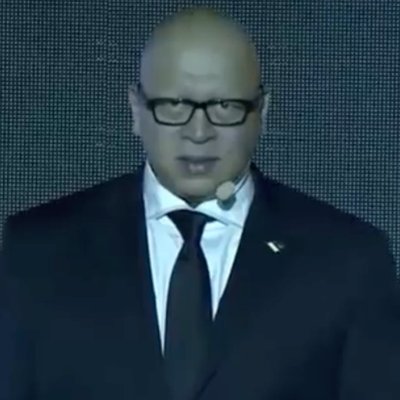 Faisal  Mirza is a Sports Management Professional & Strategist. He has also served as the COO Multan Sultans. Mr. Mirza also has the privilege to be among the founding members of PSL. Having served with various international sporting organizations Mr. Mirza has established himself as a sporting veteran.

Umar Malik: What made you dedicate your life to sports?

Faisal Mirza: I guess it started the day i was born, or may be before. My father, my paternal uncles have played hockey competitively. I was sort of a born with a hockey stick. Sports has always been in the blood. I grew up watching Imran Khan, Richard Hadlee, Waseem Akram etc. Who isnt drawn to these personalities. I have also played under cricket for Pakistan under 19. When i went to study abroad, i always had a passion towards to marketing and advertising. I was a Nike crazed kid. While living abroad for studies i discovered sports management as a discipline and that led to me in doing my master. I did masters from one of the tops sports University i.e. University of Oregon. It was a blessing because of its location as it had many brands head offices nears. My main purpose of this was to invest myself in Pakistan. I went to the broadcast media and had a good fortune of running GEO super and setting it up. Did sports for development and brought in half a million people for sports. After that PCB chased me after reviewing my profile. It took me just 3 days to decide for PSL. It has given us as a nation a lot respect. We outperformed the organization in expectation to others too and now PSL has become a sporting hotbed in Pakistan. For me the most gratifying thing is to see young people coming into sports. We will keep surprising ourselves

Umar Malik: Most of the people were betting against PSL. What were the issues?

Faisal Mirza: PSL had been announced previously twice, under Chaudhry Zaka Ashraf and Shahryar Khan. Mr. Khan wanted a third party to take over the PSL but at the last stage the project was pulled out. Then came Mr. Najam Sethi, he had the vision to carry on the PSL and ensure that this happen. This is the credit which he deserves and no one cant take it away from him. You will hear a lot banter against and in favor of him. He kept on convincing our own people

In this whole process, one has to develop credibility. I felt like a telemarketer myself as i had been contacting the players’ agents. I have been requesting Shahid Afridi and Shoaib Malik for their assistance. Then the daring five whom i called and have been with us till date.

Umar Malik: How difficult was it for you people to attract owners?

Faisal Mirza: Yes, we had a call sheet with the owners. There were about 270 people in the call sheet and only 67 of them were those who started talking to us. Most of us were on the phone most of the times. You know believers are not much when the message isnt clear. But thankfully, within 40minutes all five of our teams were sold.  The entire media crew from various channels were there to cover and the draft on the following day, the owners were too satisfied. Though the PSL was still in nayfare till the time first ever bowl of PSL was delivered.

Umar MaliK: How do you differentiat PSL from BPL, IPL and CPL?

Faisal Mirza: When it comes to IPL, they have very strong economics when it comes Bollywood and sports. They already had an agreement with ICC that there will be no bi-lateral series between April and May. Their packages are of the international standards that even the players are ready to leave their national tours. They are quite advanced, they know how to create hero branding and glamorize things. As for PSL, I believe its stands out when it comes to the quality of cricket we have and the main reason for that is fewer teams. Even in IPL there are many teams. In my opinion, the best cricket tournament has very limited team i.e Big Bash Cricket as they have so much human element. Cricket level and showcase in PSL  is insane. Despite the fact, that the PSL is played on a remote location the fan base is crazy. Whenever a match is held in Pakistan, people go made for it.

Everyone knows that the broadcast experience is far better but even then the people go for stadiums to watch cricket matches.

Umar Malik: How do you see the future of PSL?

Faisal Mirza:  Its my dream to bring PSL to Pakistan fully. You see actors and actresses on the billboards now but just imagine young cricketers being marketed on those billboards. The economy will benefit a lot from this. By 2021, i believe this should be done.

Umar Malik:  What steps could be taken in Pakistan to improve sporting facilities?

Faisal Mirza: There are facilities but are limited. We have a huge below the poverty line. There needs to be a system while instigating sporting commercial activities.

Umar Malik:  Message for the parents who discourage their children for sports?

Faisal Mirza: Sports have many positive impacts on society, people can fight for each other instead of fighting with each other. Sports also promote gender equality. My message specially to the parents having daughters is that let your girls play sports as it helps them in mental development but please dont discouarge for playing sports