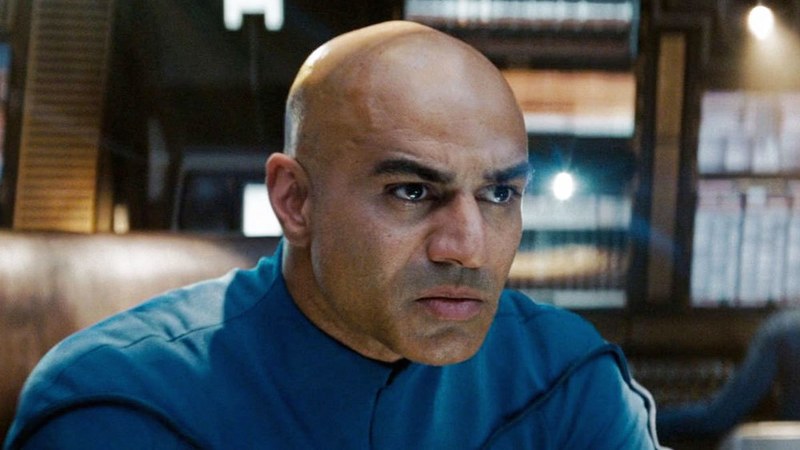 ROHAIL AMJAD:  Assalam o Alaikum , How are you and what’s the project that you’re working on these days?

ROHAIL AMJAD: To what extent have you been able to change the image of Pakistan during your tenure in Hollywood?

FARAN TAHIR: have tried to, in my own capacity, present a positive perception of both Pakistanis and Muslims in the West through the diverse roles that I play. I have been keen to stay away from certain roles that may stereotype me. I do believe that we should define who we are rather than let others do it for us. I try to engage people in a dialogue when I feel that there might be generalizations. Let’s not demonize or glorify people Let’s humanize them.

ROHAIL AMJAD: You’ve worked mostly with Hollywood actors and you recently featured in a movie named “Torn” with Mahnoor Baluch. How was the experience working with her?

She is a talented actress and it was a pleasure working with her. She grasped her character in ‘Torn’ very well.

ROHAIL AMJAD: How was the experience of working with Jodie Foster in Elysium?

FARAN TAHIR: It was a pleasure working with her and all the actors in the film. Jodie’s portfolio of

amazing acting work speaks for itself.

ROHAIL AMJAD: Hollywood, as we all know, is the guru when it comes to filmmaking – what in your opinion are the ingredients missing in Pakistani cinema?

FARAN TAHIR: It is definitely evolving but requires more support and better guidance. It is great to see that

more genres are being attempted by producers and directors.

ROHAIL AMJAD: You come from a well-known theatre based family – have you established an academy or training school for young blood?

FARAN TAHIR: I have not as yet but that may be something I would look into doing when the time comes. I do

however speak at various seminars on acting both internationally and in Pakistan.

ROHAIL AMJAD: Both of your parents are multi-talented as they write, act and direct. From where did the  idea of production come to mind for you?

FARAN TAHIR: I have been a ghost producer on several features. I am co-producer on a TV series “ANDALUS”

which is in development right now. Also I am a producer on “Babar and Haris Around the World: THE DOCUMENTARY”. I also have several projects in the works which I will make public soon.

ROHAIL AMJAD: What is the documentary “Babar and Haris Around the world” all about?

two Pakistani-American pilots who embarked on a historic 30-day journey around the world to raise funds for education in Pakistan. Unfortunately, their journey and lives came to an abrupt end as their plane crashed shortly after taking off from Pago Pago International Airport (USA). Their story , owever, will live on through this documentary. Their remarkable and adventurous travels were with a very strong purpose. Babar and Haris

cared passionately about education and wanted to help the underprivileged children in Pakistan. To do so, they teamed up with one of the most respected educational organizations in the world, The Citizens Foundation – TCF. At the time of their death, they had raised $500,000. The outpouring of support for their cause since their deaths has been extraordinary – and their final goal of $1 million has been realized more than three times over.

ROHAIL AMJAD: There is a perception that one just needs to be good looking in order to become an actor or a model – is that it or is it a fusion of multiple skills?

FARAN TAHIR: Looks are transitory. Our faces are forever changing. It’s the talent that survives. I think this

idea that only good looks are the key to success is a misguided one. Some of the most talented actors are not perfect faces.It’s their talent that makes them beautiful. Plus, I sincerely hope good looks are not the only ticket to longevity in entertainment otherwise I am dead in the water 🙂

ROHAIL AMJAD: Having being born and bred in the US, would you ever be a part of the overhauled

FARAN TAHIR: Yes definitely. I have been approached a couple of times, but unfortunately, it hasn’t materialized yet. There are some conversations going on even now. I would definitely do it for the right script and character.

ROHAIL AMJAD: Any message for your fans and upcoming actors?

FARAN TAHIR: To the fans … thank you for your constant support and keep watching and sharing your feedback. To actors … stay vigilant, focused and humble. Be open to learning and be strategic.

ROHAIL AMJAD: Thank you for being on the show with us, extremely pleased talking to you, thank you and Allah Hafiz