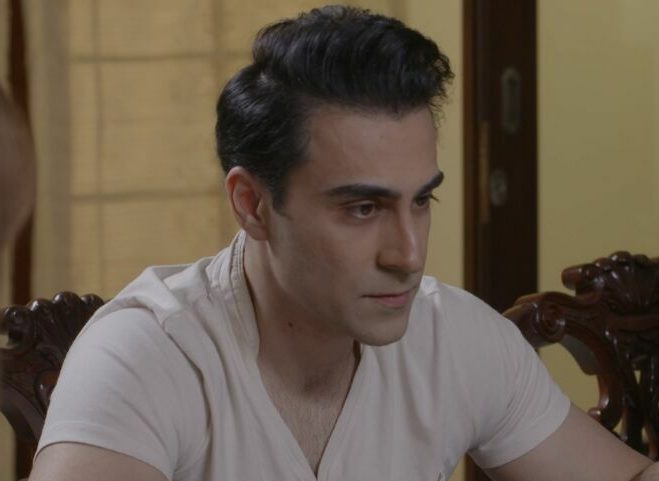 Fawad Jalal , a lawyer turned  dashing model and a new heartthrob of the TV iindustry made his indelible mark in the TV industry after he showed extremely good acting skills in the play ‘Kaneez’.
He started his career in 2011 with the play ‘Dastaan’

Rohail Amjad: Assalam o Alaikum and thanks for joining us on the show? What’s hot these days for you apart from your and the prevailing weather?

Rohail Amjad:A lawyer turned actor, how does it feels? I mean working so hard to become a lawyer, practicing it and then shifting to a field that’s totally different?

Fawad Jalal:: Always wanted to be an actor. Was just waiting for the right opportunity and time. Law was just not my cup of tea

Rohail Amjad: Syed Faisal Bukhari, who primarily is a film director went on to make the most hit drama serial featuring you KANEEZ, how difficult was it for you to cope with him ?

Fawad Jalal: Syed Faisal Bukhari was one of the most difficult director to work with as he’s a film director and i am a TV actor and was not used to Wide frames. Initially it was very tough but later on i became quite comfortable. Learnt a lot from Faisal sahb.

Rohail Amjad: You are quite choosy about the production house before signing for something ,why ? aren’t good directions enough for a drama to be a hit?

Rohail Amjad: You love criticism unlike many others ,how much has the criticism played part in your overall improvement?

Fawad Jalal: No, i dont take criticism seriously at all. i believe you can’t make everyone happy and someone would be out there to criticize you know matter what. I believe we should only concentrate on our work and learn from our seniors.No matter what.

Rohail Amjad: The content of Pakistani dramas is getting bolder day by day. Dont you think that it can lead the audience in the wrong direction because of the mental immaturity? We had dramas like CHUP RAHO,SHART and few others having inappropriate content

A.Yes  the content of our dramas is getting bolder by the day and i believe there should be some sort of check on it. Drama is for family entertainment and we should be able to watch it with our families.

Rohail Amjad: You’ve worked with BUSHRA ANSARI in many projects like BILQEES KAUR, your current ongoing serial “CHANDAN HAAR” , what makes her different from other actresses?

Fawad Jalal: I Haven’t really worked with Bushra G as such. In Bilqees Kaur, we didnt have a single scene together amd in Chandan Haar its her youngest sister Asma Abbas who is a Xerox copy of Bushra apa that’s why a lot of people thought it was Bushra G. But I’ve met Bushra Ansari at Asma apas place and she is a wonderful soul. These days i am doing a project with their sister Sumbal Shahid and all these sisters are amazing ladies

Rohail Amjad: Most of the actors/models nowadays are highly academically qualified , serving their own country, which is very heartening but doesn’t you think that they should be working in the drama’s highlighting the positive aspects of the society rather than the negative one?

Fawad Jalal:Trust me, we all want to make a difference through our work but the problem is that our target audience wants to see what is being currently shown in the dramas so we are left with no other option but to be a part of the system because at the end of the day we also have to pay our bills.

Rohail Amjad: What is your message to the boy who want to pursue their career as actors?

Fawad Jalal: The message is simple: it’s all about luck, if its meant to be then it’ll happen otherwise not. So work really hard, expect the best but be prepared for the worst. Being optimistic is good but at the same time one has to be realistic as well.

ROHAIL AMJAD: That’s the wrap FAWAD ,wishing you all the best ,may you grow loads and loads.stay blessed heart throb.Allah Hafiz

FAWAD JALAL : thanks a lot man! it was nice being on the show.Allah Hafiz