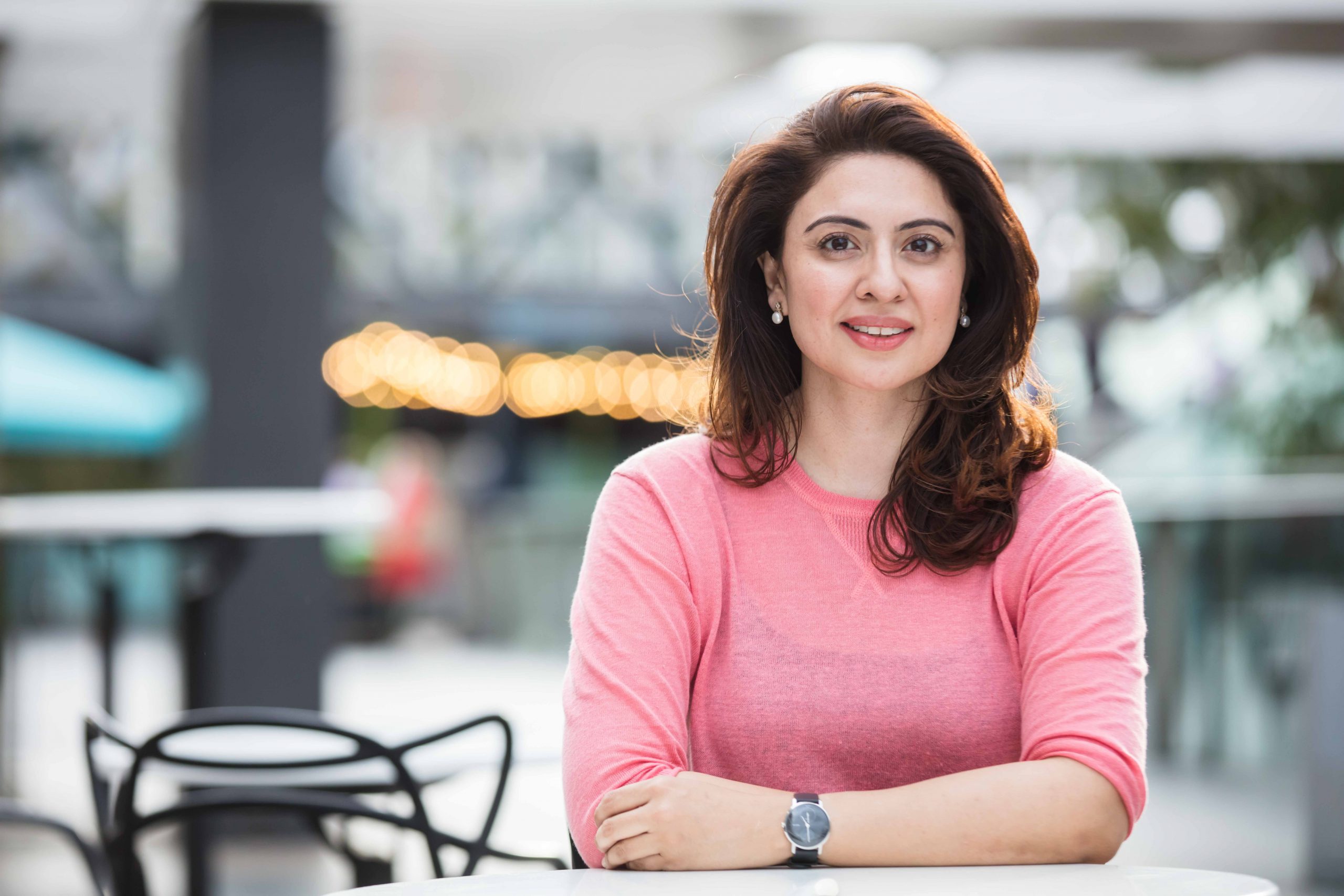 Sidra Iqbal has been a constant beacon of light for youngsters in Pakistan. Not only is she one of the most celebrated TV personality, but the ambitious journalist is also an Ambassador for one of the largest privately owned networks of low-cost formal schools in Pakistan; The Citizens Foundation. Sidra is also the Youth Ambassador for I-Hope program and actively champions causes of substance that empowers the youth to make a positive difference.

Sidra hosted a TV show “Aaj Pakistan with Sidra Iqbal” that aims to bring the real issues to center stage. The show invites policy makers, decision influencers and the civil society for meaningful dialogue. Recently the Federal Minister of Education, Mr. Shafqat Mehmood featured in an exclusive conversation about academic planning and policies in Pakistan.

The present government completed two years and it was a perfect occasion to take stock of the national educational framework. More than 20 million children of school going age are out of school in Pakistan. The Higher Education provision capacity in the country is worse than Sub-Saharan Africa. Yet, the Pakistan continues to produce global distinction holders and academic high achievers in every domain. One wonders how enormous is the true potential of our youth that remains unexplored.

The Covid-19 pandemic forcing schools to close, the private school’s fees hike and the latest Cambridge A Levels Results 2020 controversy were pressing issues in the background of this conversation. These prompted Sidra to ask the Federal Minister candid and critical questions.

While going into depth about the problems faced when applying to professional colleges and universities in Pakistan, Sidra pointed out how intermediate students have an advantage, in comparison to A-level students, due to a difference in the grading system. Other significant issue raised was the safety of students on campus and the frequent student suicide occurrences.

Taking up the cause of education in Pakistan, Sidra Iqbal has identified several flaws or pending improvements in the education sector, including the tedious access to education and the need for more effective coordination between the federal and provincial education ministries; which are inhibiting the nation from moving forward adequately. Being involved in both local and international forums, Sidra has pledged to help children pursue their dreams and opportunities, through educating them and improving access to schools.

Sidra has not only taken up the cause of Educating Pakistan, but has emphasised time and time again on her program as well as social media platform how ‘pursuits of higher should polish your best talents’ attesting to her belief that ‘Quality Education includes a safe and enriching environment to empower the youth’.