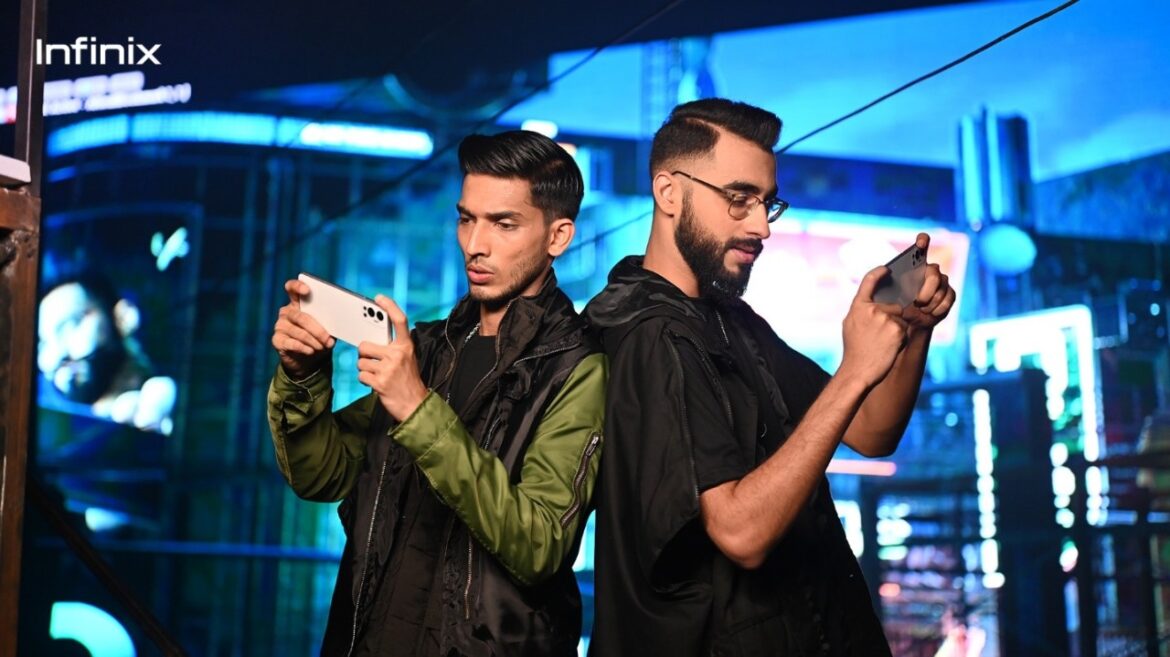 The dynamic rap duo of Talha Yunus and Talha Anjum has been in the highlights of the Pakistani pop music industry in the recent past. They have managed to win hearts across the nation with their electrifying music and powerful lyrics, especially since their appearance in the final chapter of Coke Studio’s season 14. Though they have kept their audiences hooked to Urdu rap – Is it too soon to imagine the pair in Pakistan’s first ever Unreal Engine based 3D music video?

In partnership with one of Pakistan’s leading smartphone brands, Infinix, Young Stunners have reportedly recorded an exciting music video showcasing world’s most open and advanced, real-time 3D creation tool by Unreal Engine. Unreal Engine’s 3D creation tool has been designed specifically for content and design creators across industries to deliver cutting-edge content and interactive experiences for users. It virtually delivers an immersive simulated world to the audience while they experience the real-time 3D effect.

Being a pioneer in introducing and manufacturing cutting-edge technology-based devices, Infinix has always been seen setting benchmarks in the industry.

Bringing in better tools and assets to create truly immersive virtual worlds, Unreal Engine, in support of Infinix, will enable us to experience next-generation real-time 3D content with greater freedom, fidelity, and flexibility than ever before. Where Infinix bids the audience to witness this game-changing era, the music video is reported to be for new Infinix Game On HOT 12 series which will be introduced in the local market real soon. It Is safe to say that being a pioneer in introducing and manufacturing cutting-edge technology-based devices, Infinix has always been seen setting benchmarks in the industry.

How detailed and interactive 3D technology can be, we will only get to know once this music new video will hit screens real soon.

So, stay tuned and do not miss the first glimpse of YoungStunners new music video coming soon only on Infinix Pakistan.

Infinix Mobility is an emerging technology brand that designs, manufactures and markets an expanding portfolio of devices worldwide under the Infinix brand which was founded in 2013. Targeting Generation Z, Infinix focuses on developing cutting-edge technology embodied in meticulously designed mobile devices that offer refined style, power and performance. Infinix devices are trendy and attainable with the end-user at the forefront of every step forward.

With “THE FUTURE IS NOW” as its brand essence, Infinix aims to empower today’s youth to stand out from the crowd and show the world who they are.

The company’s portfolio of products is sold in more than 40 countries around the world, covering Africa, Latin America, the Middle East, Southeast Asia, and South Asia. Expanding at a phenomenal rate, Infinix grew an unprecedented 160% during 2018-2020 and has huge plans to continue creating flagship-level devices offering striking designs and strong value propositions.