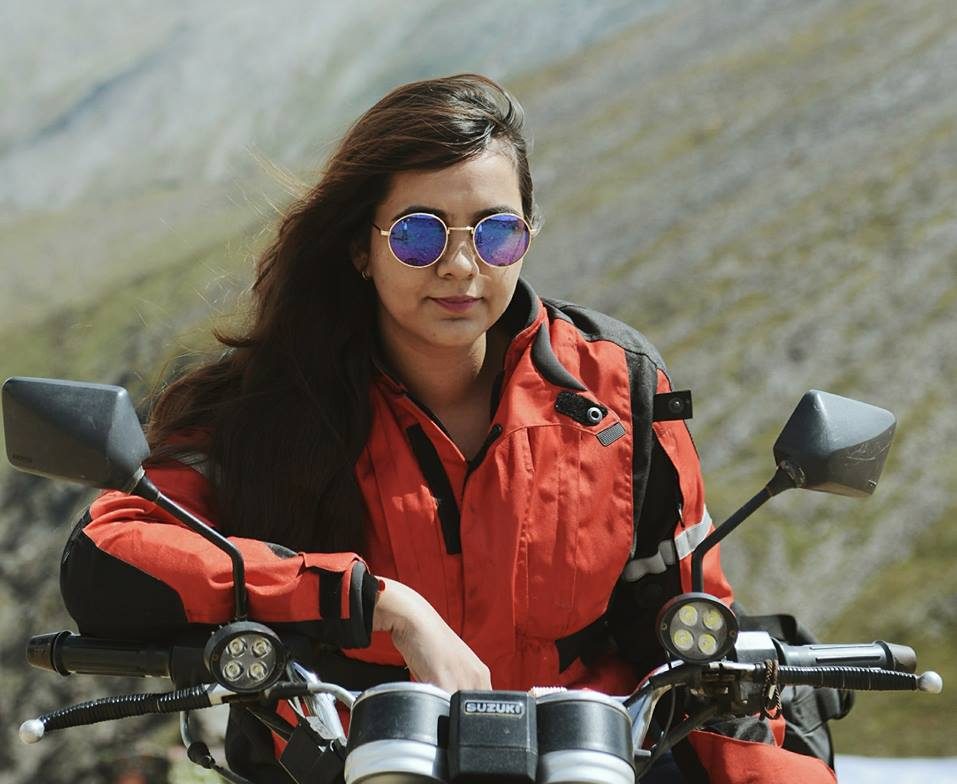 Zenith Irfan is the first female motorcyclist to ride across Pakistan. Her father dreamt of traveling around the world on his motorbike, but when he died young at age 34, Zenith decided to fulfill his dream. “I did this for my father and I still do it for him. For me, going and riding across Pakistan is a spiritual endeavor,” Irfan says.

Today Zenith joins in with Rohail Amjad in his how

Rohail Amjad: In a country like Pakistan where women’s driving is also not considered good. How did you develop the courage to ride a bike?

Zenith Irfan: I don’t think that driving or riding is considered bad, it just some segment of society which disapproves of it but in general you won’t find some issues. I was born and brought up in Sharjah, got my education from there. So, when I came to Pakistan, I was twelve years old back in 2007. I didn’t know that there were certain stereotypes when it came to a woman taking up a passion in a society which male-dominated. For me, it was quite normal to ride a bike. I loved the motorcycle’s especially when I found that it was my father’s dream. Because my father passed away when he was 24 years old. He wants to ride a bike all the way to Khunjerab pass. It was not something that I had to develop courage, I knew I would be doing that one day

Rohail Amjad: What difficulties you had to face in your family when you informed them about your plan?
Zenith Irfan:  My family is not the typical Pakistani family that discourages women to take up certain passion. My family is very supportive. My brother taught me how to ride. We have a nuclear family. Most of my maternal family had been living in Dubai so that’s why they were very casual about me riding a bike. My mom advised my brother to teach me how to ride a bike. My mother and my family believes that if you need progression in the family you need to teach your female child and let them travel as this is the best education you could give to them

Rohail Amjad: What made you target Khunjerab Pass?
Zenith Irfan: My father wanted to Khunjerab and secondly, it’s very iconic.  Every motorcyclist who wants a long ride would be targeting Khunjerab pass. That’s because it is the landmark when it comes to adventure riding and also marks the end of Pakistan on the map. It’s 1200km from Lahore

Rohail Amjad: Riding a bike in Pakistan demands some courage. Do you expect female bike riding to get common in the upcoming years?
Zenith Irfan:  Yes, absolutely yes! Because you can see how the government took up the initiative. When I started riding, my brother gave me the lessons on a small motorcycle, in Lahore Cantt. There was no such initiative like Women on Wheels where I could go. There was such a platform for me where I could learn riding professionally but now there is. Its beautiful a sight when for me when I see women a bike. Not everyone could afford rickshaws, uber and Careem. Bike is the most economical form of transport for commuting.

Rohail Amjad: In Pakistan, people don’t normally appreciate stuff like this. They would be pleading that you were from a humble background that’s why you took this risk. Does money play a part in achieving dreams?
Zenith Irfan: Yes, I would agree because my mom was single. We had a fresh air of financial trouble.When I started riding my brother knew it that was my father’s dream but besides that it was also necessary for me too as the traveling cost was increasing

Rohail Amjad: Must be excited about the biopic film?
Zenith Irfan: Yes, definitely! More than being excited I am emotional as well as it was my father’s dream. I never in my wildest would have never imagined that there would be a day when there will be a film based on me.

Rohail Amjad: Your message to the girls?
Zenith Irfan: Don’t kill your inner-child as that make you exciting and don’t fear the society follow your passion

Rohail Amjad: wishing you all the best for future. Keep making us Proud. Allah Hafiz